Much like Thanksgiving and Christmas, police are on high alert for people driving under the influence on New Year’s Eve and New Year’s Day.  With New Year’s Day falling on a Monday, people have been celebrating all weekend and DUI incidents are already higher than they were last year.  Learn about some local police activity that has happened this weekend in the article below. 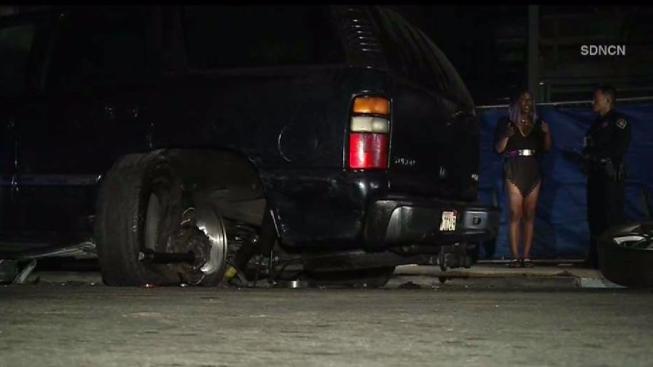 At least three cars were heavily damaged after a driver suspected of being under the influence of drugs or alcohol slammed into cars near Sixth Avenue on the outskirts of Balboa Park, SDPD said.

No one was injured in the crashes that occurred just before 3:15 a.m.

The driver was taken into custody on DUI charges.

The incident was one of several drug- or alcohol-related crashes in the early morning hours of New Year’s Eve.

In Chula Vista, a crash on Interstate 5 near J Street sent two people to the hospital after they were ejected from their car. Both people suffered major injuries and were transported to the hospital in unknown condition.

The driver was suspected of being under the influence of alcohol.

In Encinitas, a driver was pulled from a car stalled on railroad tracks by San Diego Sherriff’s deputies moments before a train crashed into the unoccupied vehicle.

It was not clear why the car stalled on the tracks, but the driver was arrested on DUI charges.

On top of DUI arrests made by other San Diego County law enforcement agencies, California Highway Patrol (CHP) has made 25 DUI arrests in the county between the hours of about 6 p.m. Friday to 6 a.m. Sunday, the agency said.

Two people have been killed in San Diego County, but it is not clear if the deaths were drug- or alcohol-related.

Checkpoint Locations for this Veterans Day weekend in North County, including... DUI Checkpoints Tonight in San Diego
Scroll to top